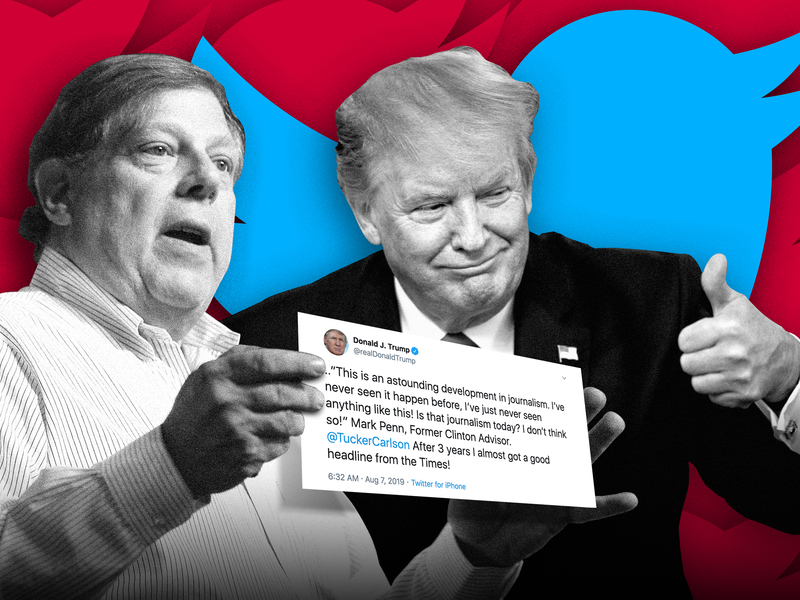 “It’s bad for business,” one person familiar with MDC’s business but spoke on the condition of anonymity said. “Advocacy for Trump is repellent of at least 50 percent of our client and employee population, probably a lot higher.”

The person questioned where Penn’s priorities lie—in advancing his agenda as a political consultant or in advancing a publicly-traded company, one that is still in need of a significant turnaround as it faces $1 billion in debt. (Earlier this month MDC’s stock fell 12 percent after the company reported a decline of 8.8 percent in revenue for the third quarter and revised its organic revenue expectations for the full year to now anticipate a decline of 3 percent to 5 percent.)

“Fuck this guy,” said another executive at an MDC agency, who also spoke on the condition of anonymity, and noted that he started searching for a new job as soon as the news came through that Stagwell Group—the advertising, PR and data analytics holding company Penn founded in 2015—took a $100 million equity investment in MDC in March.

“I was taken aback,” he said, adding that Penn “didn’t do himself any favors” by touring the various MDC agencies to introduce himself when he was first installed. He described how during the visit to his shop, Penn was “interviewed” in front of the agency’s staff and asked questions like “Coke or Pepsi?” When he was asked if he preferred Fox News or CNN and Penn allegedly pledged his allegiance to Fox, “there was an audible gasp in the room,” the executive said.

“Most people weren’t keeping up with who he is” prior to the investment, he noted, but that first visit “set the tone for the whole thing.” Now, he said Penn’s political associations are “common water cooler talk” among his peer group at the agency.

The executive is concerned with how Penn might influence the agency’s work and clients, as he mentioned the new CEO is much more hands-on than his predecessors. “A million times more involved than I remember Kauffman being,” he said, referencing former MDC Chairman and CEO Scott Kauffman, who stepped down in September 2018.

Most MDC agencies seem to lean left on political issues, supporting more liberal perspectives through their work. For example, 72andSunny last year created a two-story milk carton that displayed words like “love” and “freedom” to show what immigrant children detained at the border are “missing” (the name of the campaign), playing off old milk cartons that used to feature the photos of missing children.

Meanwhile Stagwell’s properties include Targeted Victory, a digital strategy and marketing firm that describes itself as “the market leader in Republican fund-raising.” Its website reads: “We’re trusted by the biggest names in GOP fundraising like the NRCC, NRSC and Team Ryan because our platform deserves a better bottom line.”

“I can’t think of any holding company head that was political,” said one holding company CEO not affiliated with MDC. “Maybe in the 1950s. To be an open Trump supporter and to be overseeing people who engage in branding is baffling.”

Several people familiar with holding company dealings have said MDC is one of the only ones that does not have a written rule against its executives and employees taking public political stances. An MDC spokesperson confirmed earlier that the company does not have any restrictions against executives making their political affiliations known.

“I’m a First Amendment absolutist, but for the head of a collection of creative agencies, some of the best in the world, who represent some of the biggest brands in the world, this is tone-deaf on every level,” said a second leader at another holding company not affiliated with MDC who also wished to remain anonymous. “It’s bad for business, bad for culture, bad for the country. To quote Trump, [Penn] should ‘be quiet’ and focus on his day job.”