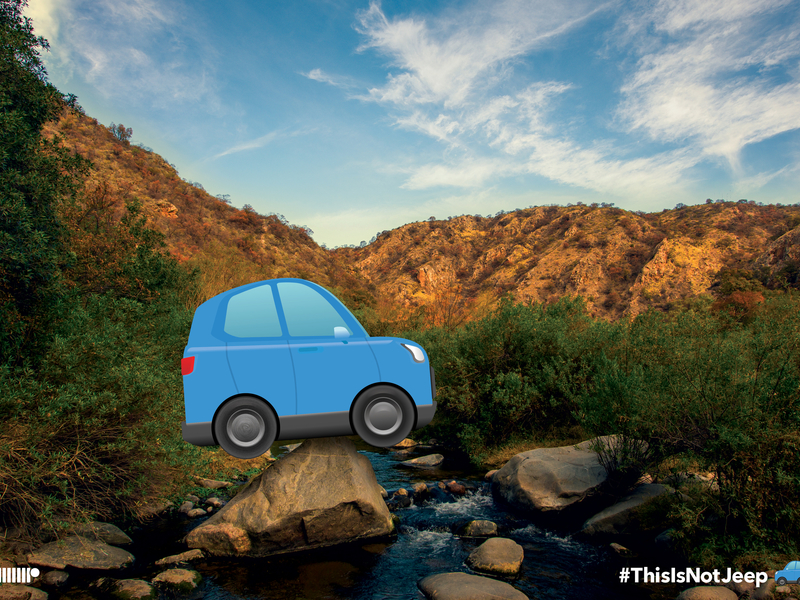 Jeep, which fiercely protects its trademarked name, is celebrating the demotion of an emoji that it says falsely represented the all-terrain vehicle.

Until Apple’s most recent iOS update, iPhone users typing the word “Jeep” in a text would see an auto-populated emoji of a boxy blue car. This did not sit well inside the automaker, which referred to the emoji as “imposter Jeep.” But with Apple’s newest iOS update, the connection between “Jeep” and the emoji has been removed; it still appears when generic phrases like “SUV” and “car” and “automobile” are typed.

Jeep is now seizing on its victory with a lighthearted social media campaign by Huge Detroit called “#ThisIsNotJeep.” On its Twitter and Instagram channels the brand is imagining the frustration Jeep enthusiasts got when the pesky rogue emoji appeared.