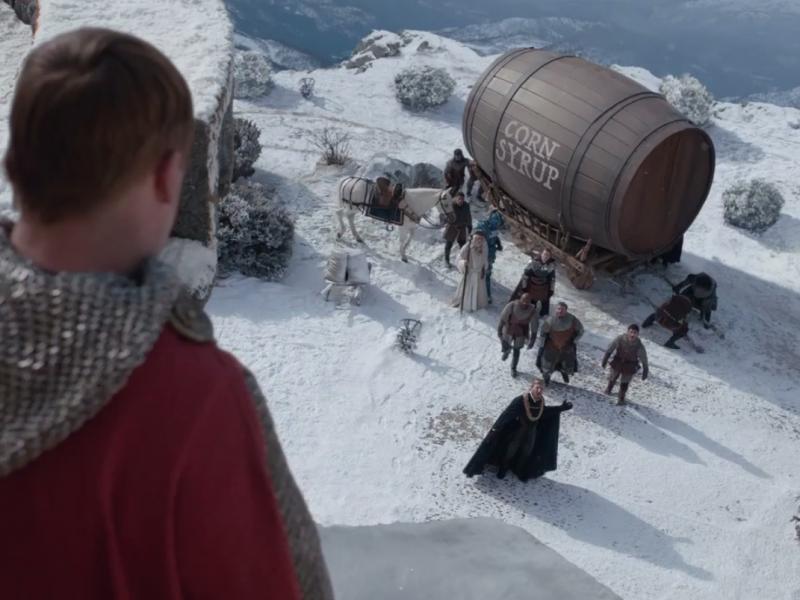 A federal judge today ordered Anheuser-Busch InBev to remove “no corn syrup” from its Bud Light packaging, handing MillerCoors another victory in its ongoing legal battle with its larger competitor.

The ruling by U.S. District Judge William Conley follows a preliminary injunction he issued in May ordering Bud Light to stop running ads suggesting that corn syrup is MillerCoors’ final products, rather than simply used during the brewing process. Wednesday’s ruling now extends that preliminary injunction to packaging. The judge allowed Bud Light to continue using the packaging it had on hand as of June 6, or sell the packs until March 2, 2020, whichever comes first.

Miller Lite and Coors Light both use corn syrup during the fermenting process, but MillerCoors says none of it ends up in the final product. The brewer filed its false advertising lawsuit in March, shortly after Bud Light launched its corn syrup campaign with three Super Bowl ads. The judge in May allowed those ads to continue but took issue with other ads that made more direct comparisons to MillerCoors products, including billboards and print ads stating that Bud Light has “100% less corn syrup” than Miller Lite and Coors Light.

The larger case will go to trial unless a settlement is reached.

While Bud Light’s packaging did not make direct comparisons to Miller Lite or Coors Light, the judge found that it could be construed that way within the context of the larger campaign. “A reasonable jury could find that the implicit message of the packaging is that other beers contain corn syrup,” he ruled, pointing to “a hundred million dollar television and print campaign misleadingly suggesting the same thing.”

“Today’s ruling is another victory for MillerCoors, but more importantly it is another victory for the American public against deceptive advertising like Bud Light’s,” MillerCoors CEO Gavin Hattersley said in a statement today. “Bud Light’s campaign was bad for the public, bad for the industry and against the law. With this ruling, we are holding Bud Light accountable for their actions, and we will keep holding their feet to the fire every time they intentionally mislead the American public.”

AB InBev in a statement said: “Bud Light is brewed with no corn syrup–plain and simple. We look forward to defending our right to inform beer drinkers of this fact at trial and on appeal. MillerCoors is resisting consumer demands for transparency in the ingredients used to brew its beers, but those demands are here to stay. We will continue leading this movement in the beer industry.”