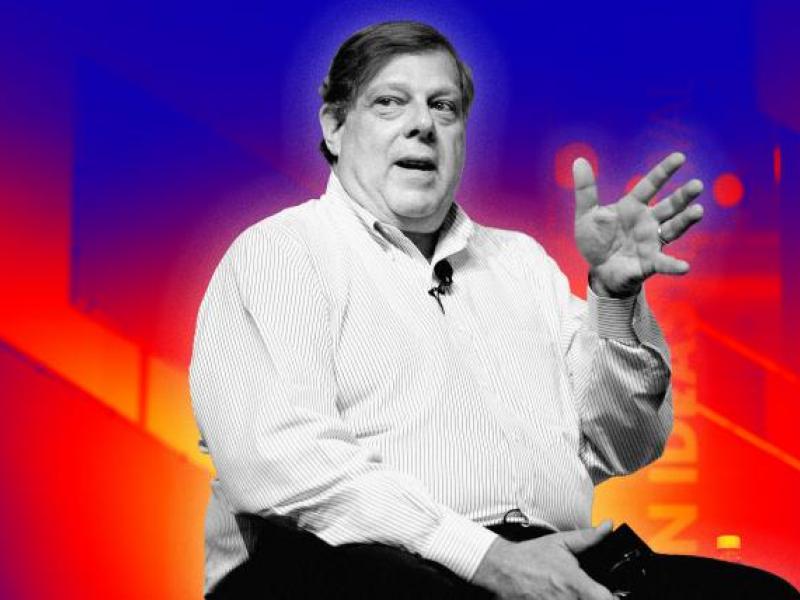 Mark Penn is not overly impressed with the presidential campaigns being run by Democrats. “They are kind of fuzzy wuzzy,” the former political strategist and current CEO of MDC Partners said during an appearance Thursday at CES.

Penn—who has taken some heat from agency execs inside MDC for having ties with Donald Trump—made the comments during a wide-ranging panel discussion on the interaction of brands and politics moderated longtime political journalist and Axios co-founder Mike Allen that also included Rick Ridgeway, VP of public engagement for Patagonia, which is known for its environmental activism.

Penn, whose political clients have included the Clintons, gave his take on the Democratic field in response to a question from Allen about traits that successful brands and political candidates share. According to Penn, winners check five boxes: They have a memorable slogan, a biographical story, a clear target, a set of issues and what he described as an “edge against the competition.”

He told Allen that Trump’s 2016 campaign went five-for-five, but that the best any single Democrat is doing right now is checking three of the boxes.

Trump’s “Make America Great Again” was so indelible that any grade schooler could recall it, Penn noted, adding that Trump was also clearly linked to issues like immigration and trade, while leveraging a narrative as  a “billionaire businessman who would fix things.” Penn, who is concurrently also president and managing partner of private equity firm The Stagwell Group added: “Clearly, he had edge against the competition, calling them crooked everything-under-the-sun and he had a target: working class America.”

“When a campaign has all five things filled in, not only does the candidate know what to do, but everybody working in the campaign knows what to do,” he said.

Penn contrasted that with the Democrats running in 2020. “There are no slogans anyone can remember, nobody’s really talking about them,” he said.

As for how they are meeting the rest of Penn’s tests for success, he credited Elizabeth Warren for “getting her bio out there little bit” and for being identified with issues such as Medicare for all. Bernie Sanders has his “socialist positioning,” but Joe Biden “isn’t as clear on some of the issues,” Penn said. “They are all trying to find [an] edge against Trump, so that is easy,” he added, but said no single campaign is meeting more than three of his five tests for success. “They are still looking for those homerun campaigns,” he said.

Penn’s appearance on the panel came a little more than a month after the Washington Post, citing unnamed sources, reported that Penn had visited the Oval Office to provide advice to Trump about dealing with impeachment. Allen on Thursday did not ask Penn about that. But Penn has denied working for Trump. “It’s the second time I have ever met with the president. I’m not counseling him. I’m not advising him,” he told the Post.

But Penn has been seen as sympathetic to the president, at least when it comes to impeachment. Prior to the Oval Office visit, he made frequent TV appearances denouncing the impeachment drive. During a September interview on Ad Age’s Ad Lib podcast, Penn reiterated that he is not working for Trump or any other candidate and he pledged to dial down his TV appearances.

But as Ad Age reported in late November, Penn’s links to Trump are enough to irritate executives at the holding company’s agencies, which include Anomaly, 72andSunny, Forsman & Bodenfors and Crispin Porter Bogusky, with one agency exec calling Penn’s political pontificating “bad for business.”

But Penn was defended by Michael Bassik, CEO of MDC’s Assembly, who told Ad Age that “I’ve worked with Mark for over a decade and I’ve known him to be someone who is vocal about politics on both sides,” adding, “he is a political student. I simply believe he calls it like he sees it. I think it’s more academic and fun for him than it is him expressing partisan opinions.”

Indeed, Penn’s comments at the CES panel stuck a punditry tone, rather than him coming off as rooting for any particular candidate.

Patagonia, by contrast, is actively fighting against Trump. The outdoor gear retailer, known for fiercely advocating for environmental causes, in 2017 filed a lawsuit against the Trump administration for it moves to shrink the size of the Bears Ears National Monument in Utah by 85 percent.

Ridgeway, during the panel discussion, said the company “didn’t have to think deep and hard” about its decision to sue the president, or run it by its customers because “that decision came out of [Patagonia’s] core values.”