Augmented Reality (AR) Books to Add to Your Reading List

The first time I truly took an interest in augmented reality was when I almost died from it.

Okay, no — that might be dramatic. But during the summer when Pokemon Go was taking over the world, my brother and I were driving on the highway when my brother suddenly jerked the wheel to the right. We were flying straight towards the guardrail, just so he could catch a Pikachu resting on our dashboard. Let’s just say it felt like a near-death experience.

Augmented reality (AR) is different from virtual reality (VR). With virtual reality, you’re fully immersed in an alternate universe. You put the googles on, you press “play”, and you explore the inner jungles of Africa while firmly planted in your office chair.

Augmented reality, on the other hand, is the result of superimposing technology on our physical world — and, as these books will show you, Pokemon Go is just the beginning of it.

While my augmented reality knowledge doesn’t stretch far beyond my own limited experience, there are plenty of exceptional books that explore the full magnitude of AR, including what it has to offer us, and where it’s headed. Whether you’re a student, hobbyist, or engineer, these books will offer new, extensive, and well-researched information to ensure you’re soon an expert in augmented reality.

Dieter Schmalstieg and Tobias Hollerer have been researching augmented reality since the 1990s, and they also teach classes related to their knowledge on the subject — teaching, in fact, is what led them to write this book. The book extensively covers augmented reality as it relates to researchers and engineers, so it’s useful both as a textbook and as a general resource. Whether you’re a developer or a student, Principles and Practice offers enough insight over subjects ranging from computer graphics to human-computer interaction to satisfy anyone’s lingering questions. 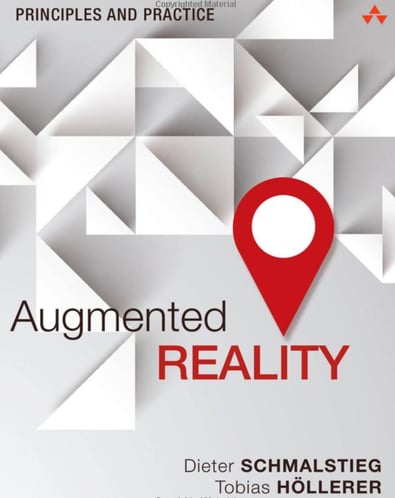 2. Practical Augmented Reality: A Guide to the Technologies, Applications and Human Factors for AR and VR (Usability)

AR technology is often discussed in conjunction with computers and gaming — leaving a gap in the industry for professionals who are interested in AR but don’t focus on those disciplines.Steve Aukstakalnis’s preface for his book begins by addressing this disparity: “[…] a new generation of tech-savvy youth, college and individuals, and professionals has emerged with the same interest and fascination as two decades prior, but with relatively few up-to-date resources clearly explaining the enabling technologies […], or which show the variety of existing, problem-solving applications outside of gaming. This book attempts to fill that void.”

Practical Augmented Reality covers the technology, applications, and human factors involving augmented reality and focuses on both existing tools and theoretical visions for the future — making it ideal for students or engineers attempting to join the field. The book includes case studies from a variety of industries including medicine, law enforcement, and engineering. If you doubt AR’s potential effects on our world outside of computers and gaming, Aukstakalnis’s book might start to convice you otherwise. 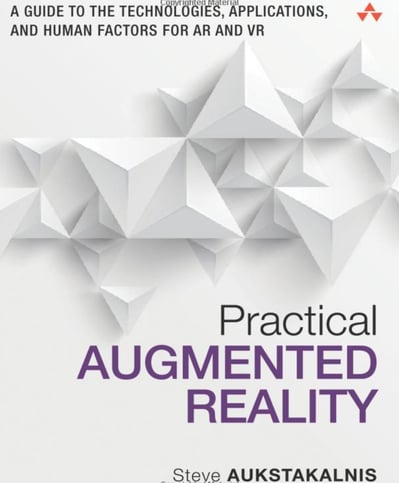 3. Augmented Human: How Technology Is Shaping the New Reality

Whether you’re an artist curious how augmented reality will change storytelling, or a computer engineer devoted to exploring how haptic technology syncs what you see with how something feels, this book covers it. Dr. Helen Papagiannis explores how augmented reality can, and will, one day impact our everyday lives. As a leader in the field, she also offers opportunities she sees for the future of AR, so if you’re interested in pursuing a career in the industry or designing an AR product, this is a good place to start. 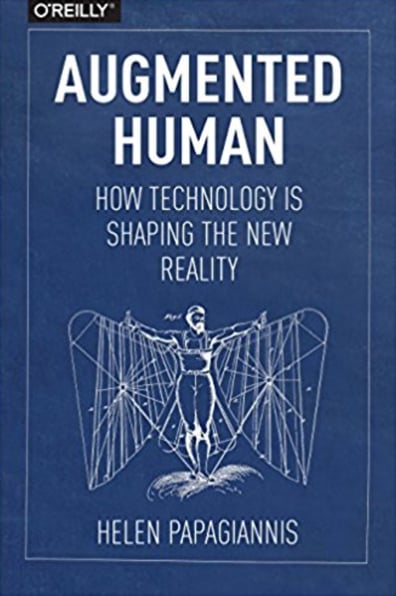 By Stephen Cawood and Mark Fiala

If you learn best by doing, you’ll like Stephen Cawood and Mark Fiala’s book, which teaches you about game development and then offers both demos and practical advice for you to try it yourself at your own computer. While some of the other books in this list focus on augmented reality in general, A Practical Guide dives into the specifics of AR for tablet PC’s, camera phones, and computers — and offers downloadable code samples to create something yourself, using your own webcam and computer. 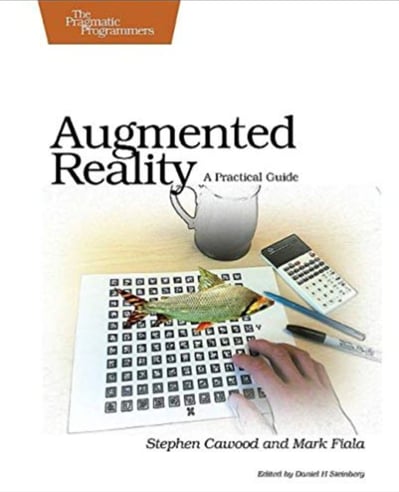 Sean Morey and John Tinnell’s Innovative Perspectives explores an usual aspect of augmented reality — how it relates to art and culture. The book impressively attempts to merge various disciplines to create a fuller picture of AR in relation to design. Morey and Tinnell incorporate essays from humanities scholars, interviews with software developers, and artwork by AR-inspired artists. If you’re interested in exploring AR as it relates to humanities and the media, both today and in the future, this is a good book to consider. 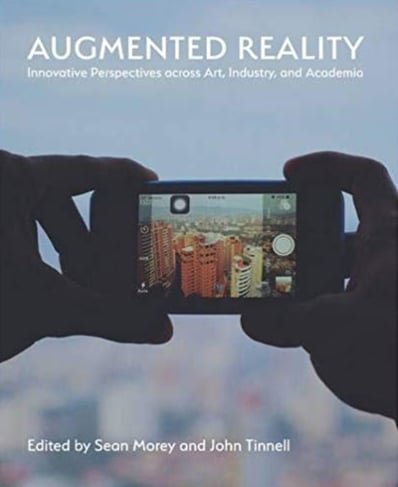